As a final project for my scientific illustration course, we were assigned a project that required the research and application of a chosen subject. I chose to research the changes in structure between dinosaurs and birds, and I was surprised that I was able to accomplish as much as I did with the time limit. This project allowed further exploration into various available media, and challenged me to find ways to communicate the design without it becoming too confusing. Not all of my reference photos were helpful, so I figured out how to take what I needed without it becoming too confusing. This can especially be seen in the last part to the project, where I applied my knowledge of chickens to a new concept of a tyrannosaurus rex. I figured that the dinosaur may have had wattle and comb like that of the chicken due to their similarities in amino acid sequence. There were no examples of such a concept online and most of the feathered T. Rex models are just bad), so I was challenged to choose the visuals I needed and alter them to fit the new concept. Later on, I learned that some dinosaurs did, in fact, have wattles and combs, which was very satisfying. 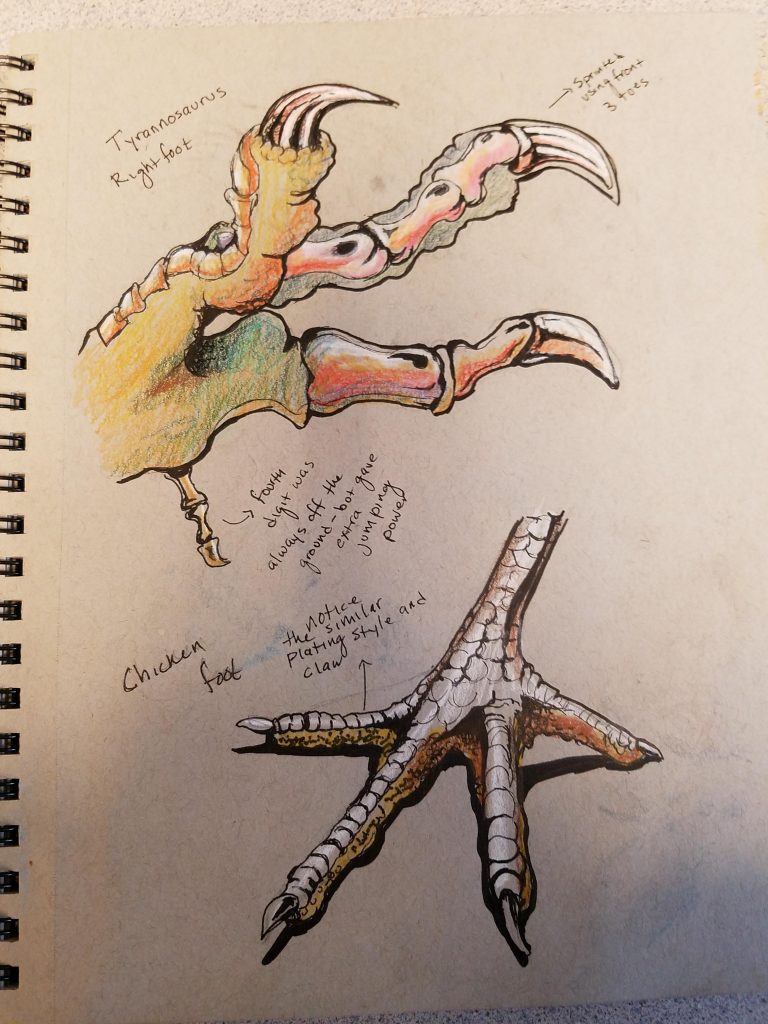 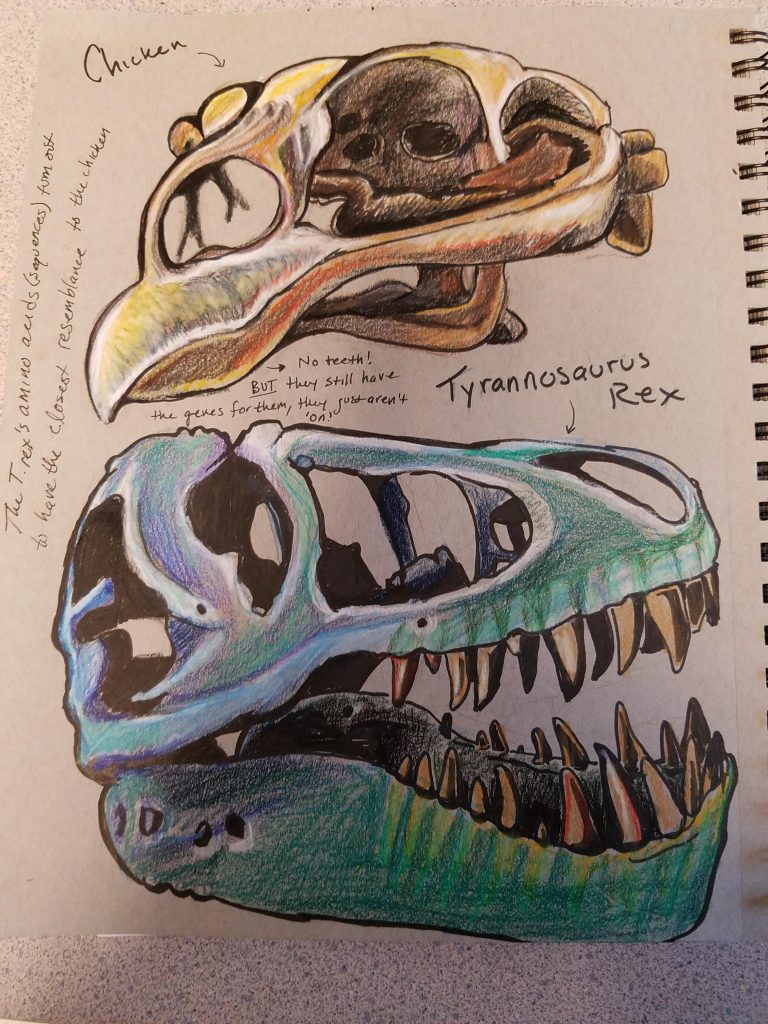 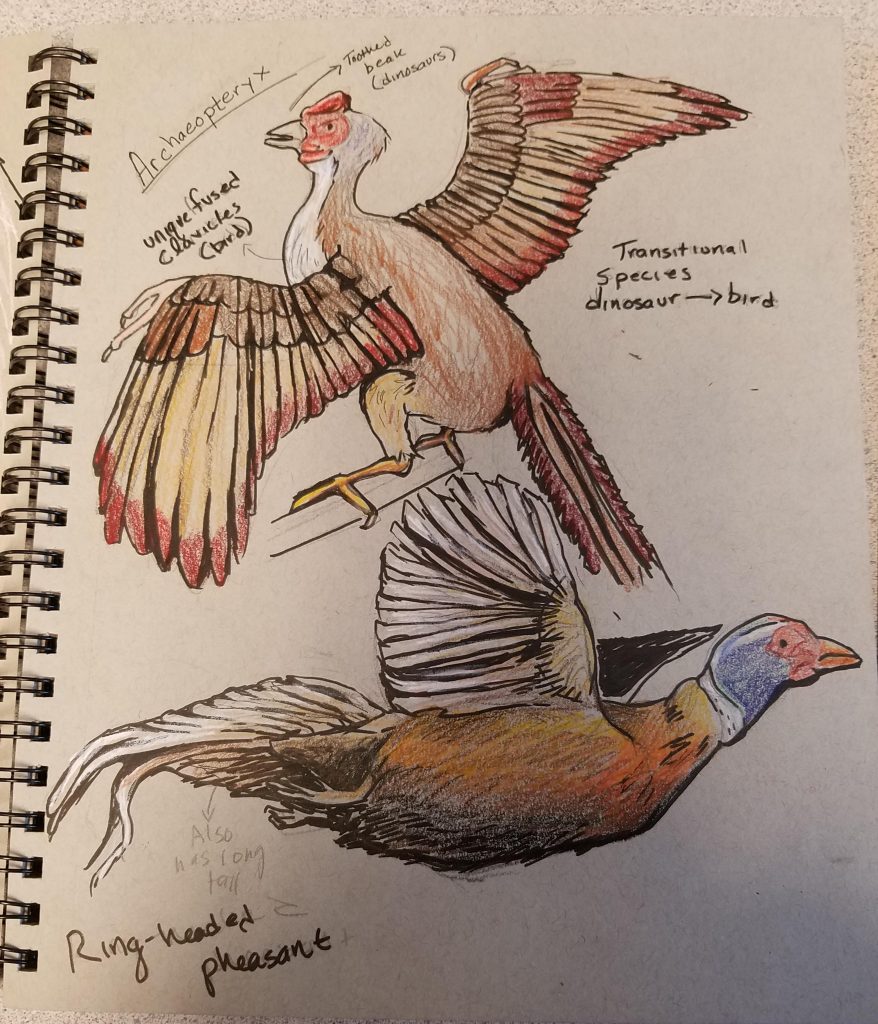 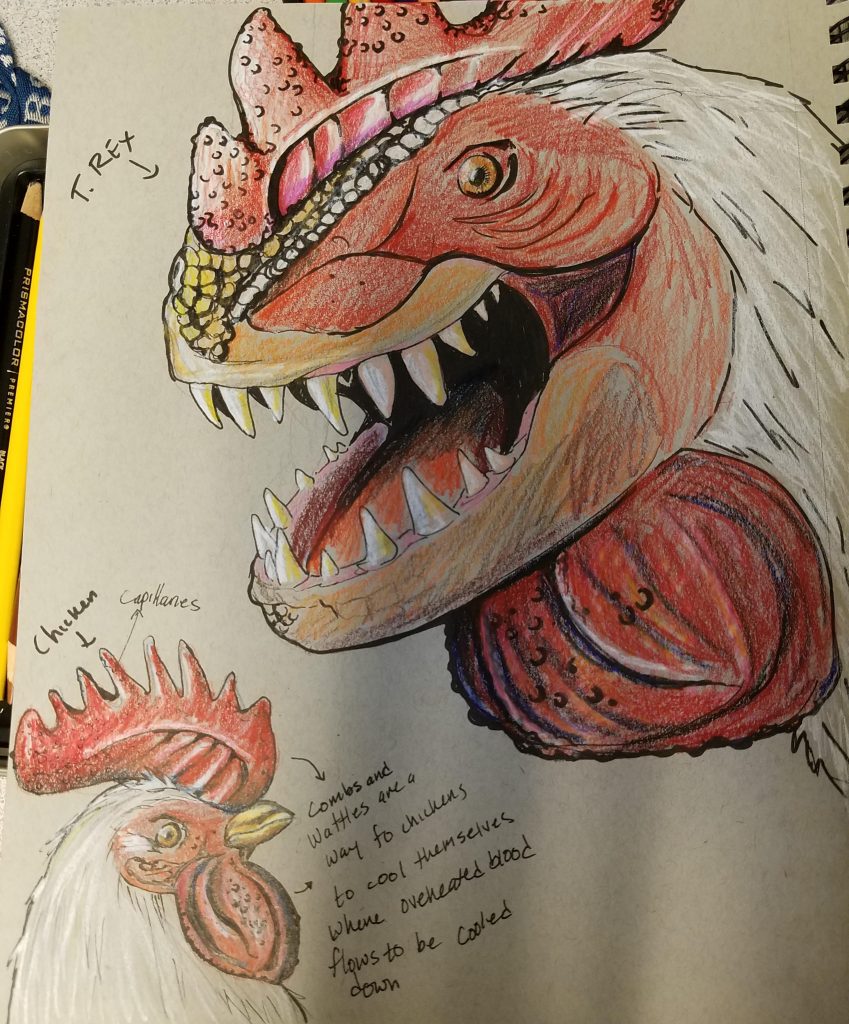